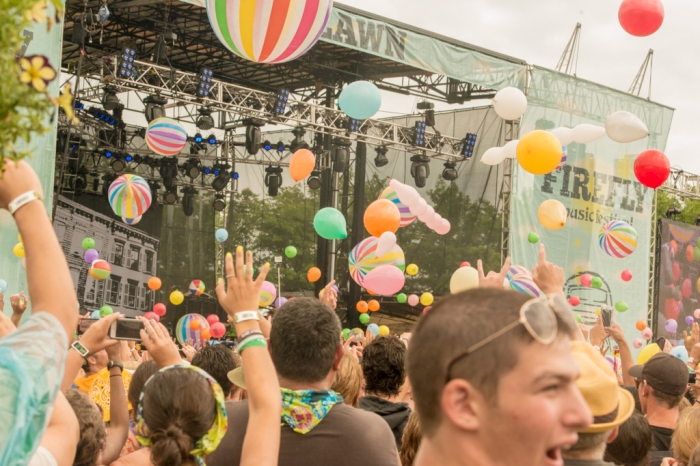 Have you ever heard of Dover, DE? I hadn’t. Until yesterday, when the lineup announcement for the Firefly Music Festival (which takes place in Dover, June 19-24) hit me in the face out of nowhere. It’s a young festival, having started in 2012, but carries a very impressive lineup. I even told @DocMurda how I was more impressed by this lineup, than I was about Coachella’s (and I thought that would be hard to top.)

With headliners OutKast, Foo Fighters, and Jack Johnson (swoon!), they covered all their bases. What is really wonderful about this, is that the headliners aren’t the only ones that shine. You have big names like Imagine Dragons, The Lumineers, Pretty Lights, Childish Gambino, Artic Monkeys, Weezer, Young The Giant, Grouplove, Local Natives, Chance The Rapper, Iron & Wine, Ziggy Marley, Twenty One Pilots, and Sleigh Bells. As well as Sandy Beats faves The Mogli’s. And, well, I could go on, but you get the idea. I would love to go up to Delaware for this, but for now it’s going to just go into my wishlist.

Check out the full festival lineup and tell me, which festivals or concerts are on your wishlist/bucket list?