I’ve been to a few music festivals. The one that is most familiar to me is Wakarusa, since it’s only about 1 hour or so from my house. From every festival I’ve attended, I have a list of things I wished were different, things that would make the festival better. And it was as if someone read my mind and put together a festival out of that… and bam, there was LouFest.

It really was one of the best fests I’ve been to. I’m already on the list to buy early-bird tickets next year.

I had never been to St. Louis before last week, when I made the 5 hour drive to meet @DocMurda and Jenn for LouFest 2013. We had time to go around the city on Friday and were able to find several amazing food spots, in addition to confirming that the Stratosphere in Vegas is a taller than the Gateway Arch. We stopped by LouFest’s home, Forrest Park, which amazed me. It’s so huge. And it’s home to the amazing St. Louis Art Museum (which is free!) But back to LouFest, here are the reasons why I fell in love with it:

1. The lineup: Man, what an awesome lineup. It was the reason why I bought the ticket. The Killers, WALK THE MOON, The National, Local Natives, Alabama Shakes, Edward Sharpe And The Magnetic Zeros, Fitz And The Tantrums, Youngblood Hawke, and the rest of the awesome bands that LouFest introduced me to, like The Mowgli’s, Jukebox The Ghost, Desert Noises, Wild Cub, etc.

2. The size: LouFest was the perfect size. I didn’t get any blisters walking from one stage to the other, no one passed out with a heatstroke, the stages were so accessible it was ridiculous. Big shout-out to the organizers, because everything was so well coordinated. It ran so smooth. Even the water station was extra efficient. No big lines for anything, and if there were big lines, they ran quickly.

3. The food: The festival’s food vendors were all local restaurants with super delicious options. No funnel cakes to be found. It was pretty awesome. My faves were the carne asada tacos from Mission Taco Joint and the sweet corn from the Atomic Cowboy. YUM.

What I hated: People smoking everywhere. Seriously, you guys, here are some helpful links for you.

I’m waiting on my film to develop (I’m not kidding) and then I’ll show you the awesomeness and tell you about my favorite music sets. I’ll leave you with a few phone photos. 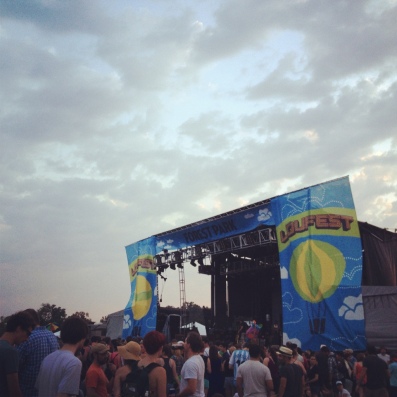 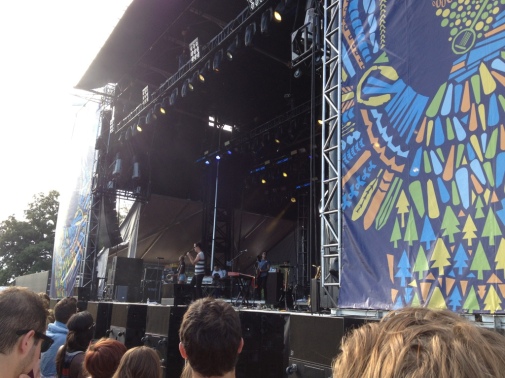 7 thoughts on “Why I Loved LouFest”